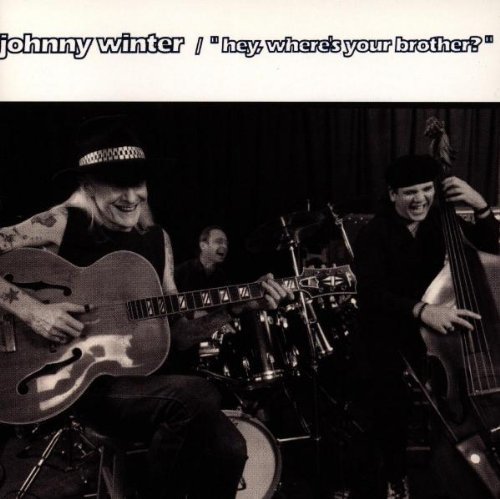 There is no doubt that Johnny Winter is one of the great blues and rock guitarists of all time. He has been making records for over three decades and playing live with the best, for example Don James Marshall Hendrix and James Douglas Morrison. The Scene in the year 70 in full bubbles and doses in industrial quantities of talent and experimentation, giving the last breath to Generation 27. This 'Hey, where's your brother?' from 1992 is great. Pure Blues in it's purest state. Pure blues in a state of grace. On the classic 1972 live album Roadwork, Edgar Winter immortalized the words, when introducing brother Johnny: "Everybody asks me... where's your brother?" It's a question that fans have besieged both Winters with for over two decades, and now Johnny gets a chance to return the tribute with his latest. Edgar does in fact guest on the sessions, blowing sax and tinkling keys on a few tracks, and duetting with big bro on a superb, seasonal rendition of "Please Come Home for Christmas."
back to top