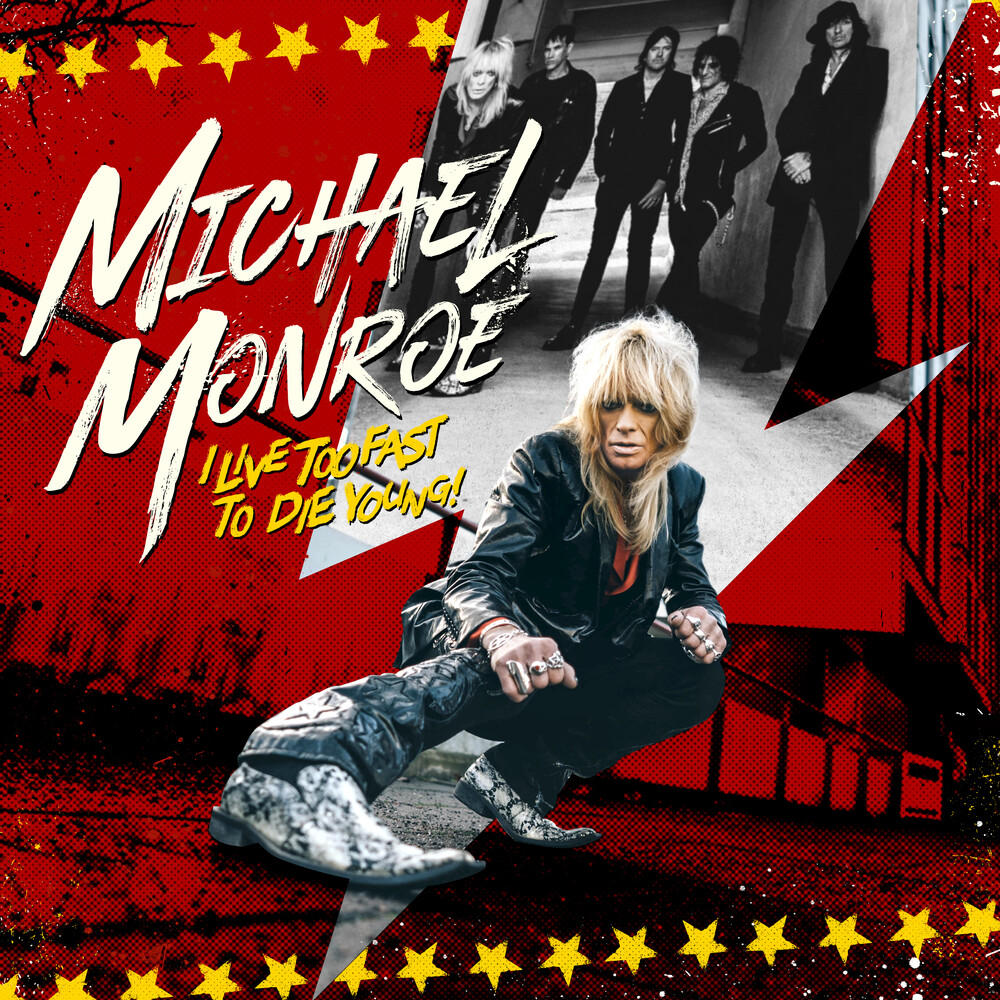 2022 release from the former Hanoi Rocks frontman, the follow-up to 2019's critically acclaimed One Man Gang. Not even a pandemic could stop Monroe and his band from throwing down the tightest, leanest, meanest and most goddamn fun rock 'n' roll music of the year, and the likes of "Young Drunks & Old Alcoholics", "All Fighter" and the punky "Murder the Summer of Love" show the crisp electricity of CBGB-style punk with glitter-crusted melodies wrapped around the riffs. There's also expansive, Stones-tinged saunters such as "Can't Stop Falling Apart" and "Everybody's Nobody", while the title track takes aim between your eyes off a driving back-beat and a defiant chorus dripping with Monroe's irrepressible attitude. Recorded at Inkfish Studios in Helsinki, Finland between November/December 2021, the album enjoys several guests including Guns N' Roses guitar legend Slash, who solos and provides additional guitars on the title track. With I Live Too Fast to Die Young, it is clear Monroe is swaggering into the summer with a triumphant roar to offer you the real rock 'n' roll escape of 2022.
back to top