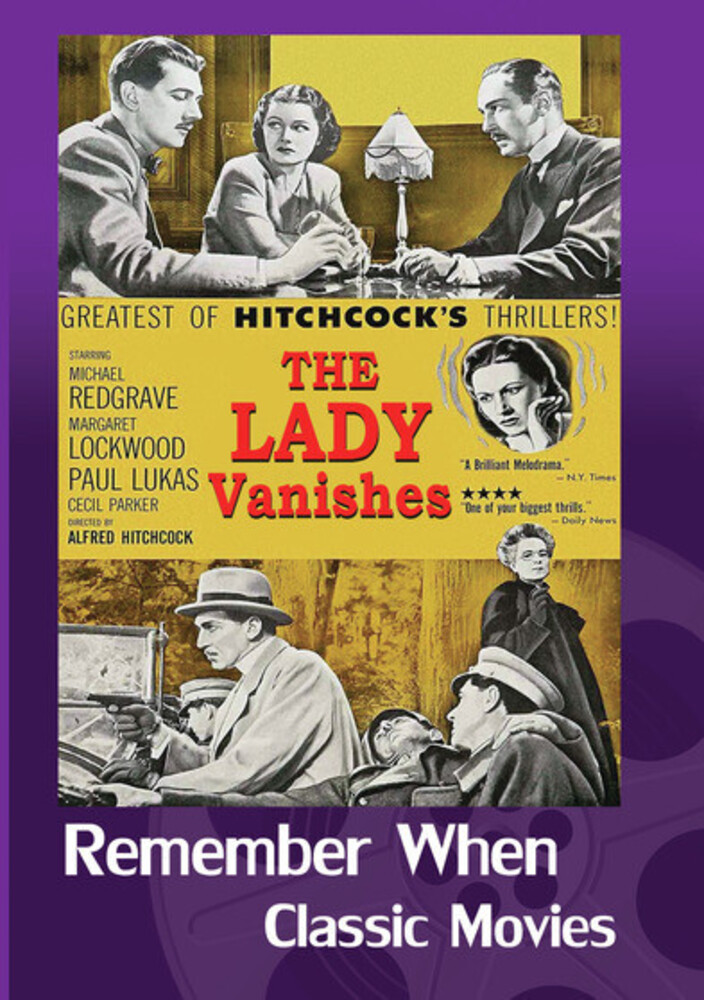 The Lady Vanishes is a British mystery thriller film directed by Alfred Hitchcock, starring Margaret Lockwood and Michael Redgrave. English tourist Iris Henderson (Margaret Lockwood) and her friends Blanche (Googie Withers) and Julie (Sally Stewart) are returning home from a trip abroad as Iris is getting married, but an avalanche has blocked the railway line. The passengers are forced to spend the night at a hotel along with another stranded passenger, Miss Froy (May Witty), a governess and music teacher who is also returning home to England. The next morning, Iris is hit on the head by a large platter dropped from above. Miss Froy, who is nearby, helps Iris onto the train. As a result of her injury, Iris faints. She comes to in a compartment with Miss Froy and several strangers. She joins Miss Froy in the dining car for tea. Soon after they return to their compartment, where Iris falls asleep. When Iris awakes, Miss Froy has vanished and no one seems to know where she has gone, and many of the fellow passengers who were acquainted with Miss Froy claim to know nothing about the woman, which seems strange to Iris. Iris is then joined by a young musicologist and the two proceed to search the train for clues to the old lady's disappearance. A series of events follow leading up to a bit of a surprise ending. Well worth the watch and a truly memorable Hitchcock film which was voted the 35th best British film of the 20th century. (Black & White)