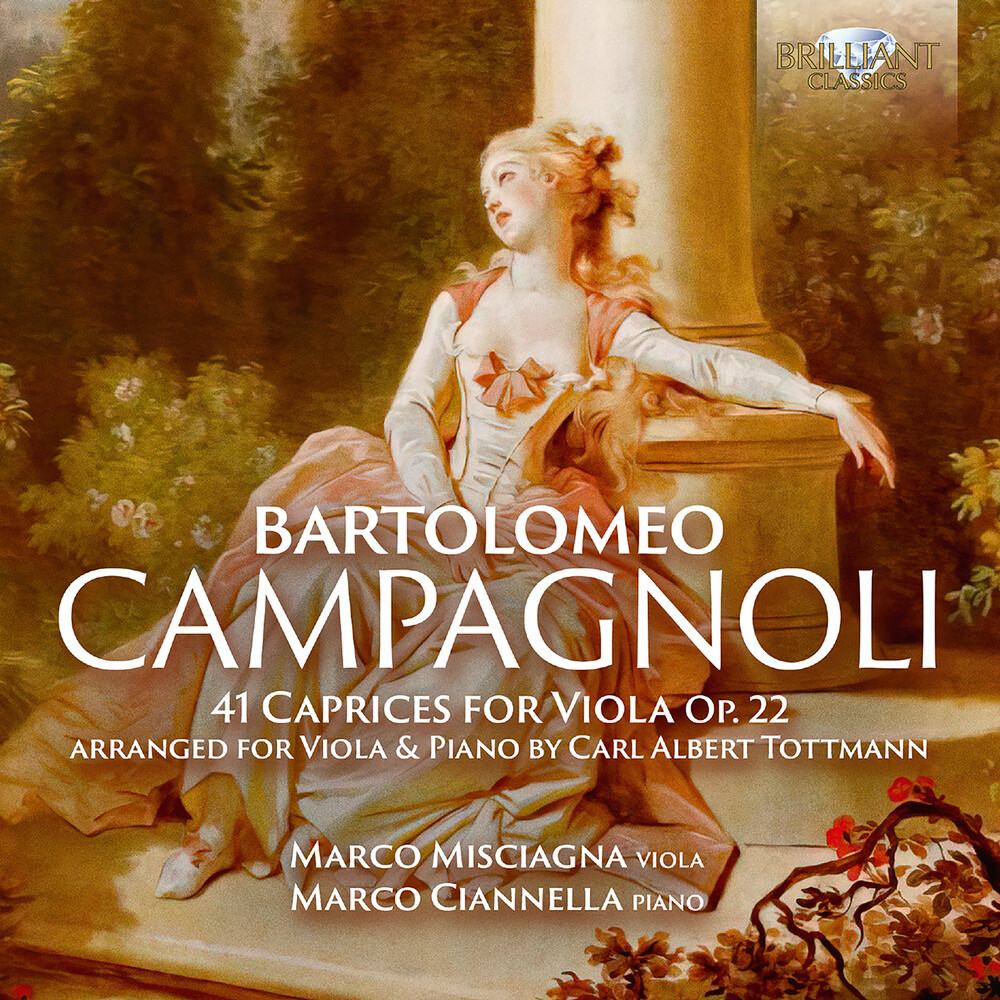 The considerable fame that Bartolomeo Campagnoli (1751-1827) achieved during his own lifetime was largely due to his contribution to violin studies. The 41 Caprices he wrote for viola and the 7 Divertimenti for solo violin are still in use today. Campagnoli's career as a concert performer began in Rome in 1775, continuing in a long tour of the courts of the capital cities of Europe. In 1797 he was made concert director and first violin at the Gewandhaus in Leipzig, a post that he held until 1818, although he also maintained his contacts with the most advanced and influential cultural centers of Europe. He thus enjoyed a florid exchange with some of the most famous teachers and Nevertheless, there is an unmistakably composers of the time, in particular with Cherubini and Kreutzer. The idea that 'true expression depends on the sound, intonation, movement, taste and aplomb of the measure' was a constant tenet with Campagnoli, as was his insistence on the need to understand clearly the character of each piece in order to appreciate to the full the composer's intentions. All this required respect for the exact point in which embellishments have to be added (without exceeding), because: 'nothing is more beautiful and moving than what is simple'.
back to top