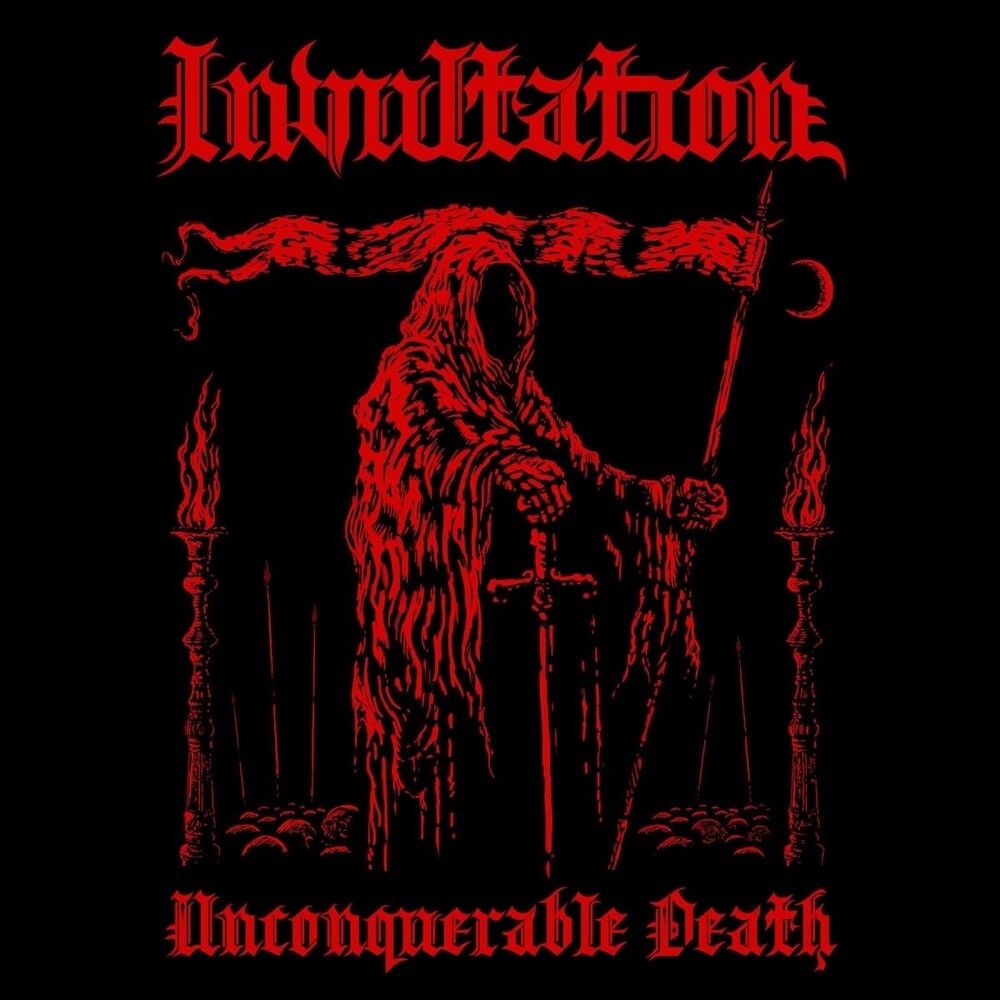 Invultation's bone-vaporizing second full-length LP "Unconquerable Death" sees it's first ever vinyl release via Sentient Ruin. Originally self-released in early 2021, "Unconquerable Death" plumbs the depths of total aural savagery, manifesting death metal transmuted into one of it's most feral and malefic forms yet. While the band's 2020 debut album "Wolfstrap" introduced Invultation as presence to reckon in the outer realms of bestial and lawless death metal, it is this release in particular - with it's majestic wall of sound and chain reaction-like intensity - that has established the Columbus, OH-based one man project as an authentic scourge of creation. "Unconquerable Death" sees Invultation further refine it's lupine/lycanthropic concept as a proclamation of total savagery and barbarity, while discharging a cataclysmic payload of unseen wrath and intensity into a thick as concrete production that pushes the atomic yield of death metal beyond is breaking point, materializing one of the most weaponized, devastating and animalistic death metal releases ever conceived in the underground. The album's crystalline production, unforgiving intensity and aggressively virtuosic execution exalted by shredding leads and driven off the cliffs of oblivion by an arsenal of enormous death-bearing riffs, is an all-encompassing and celebratory end times ritual to the glory of metal, and an unforgettable chapter, archetype and homage to it's most extreme and destructive manifestations ever.
back to top