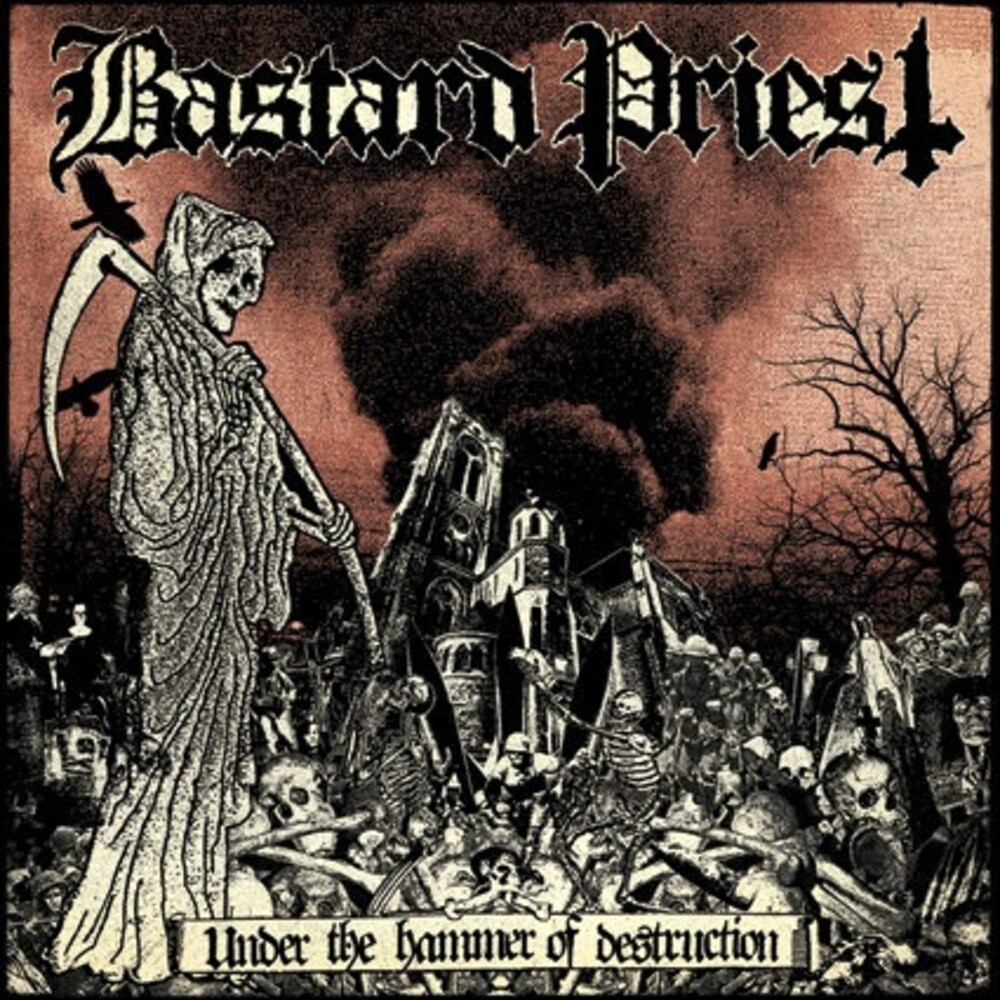 Under The Hammer Of Destruction (Uk)
Artist: Bastard Priest
Format: Vinyl
New: Not in stock
Wish

Formed in 2002, Bastard Priest predated the whole retro Swedish death metal wave that's continued in earnest in recent years. Authentically Swedish, hailing from UmeĂĄ, the duo soon became pillars of post-Y2K Swedeath with their debut demo, Merciless Insane Death, released in 2008 on Blood Harvest imprint Zombie Ritual Tapes. But it was the release of Bastard Priest's debut in 2010, Under the Hammer of Destruction, where they proved who the real contenders to the throne were. Reaping widespread acclaim, Under the Hammer of Destruction was followed a year later with Ghouls of the Endless Night, once again reaping acclaim with fans and critics and cementing the name Bastard Priest in the international underground.
back to top