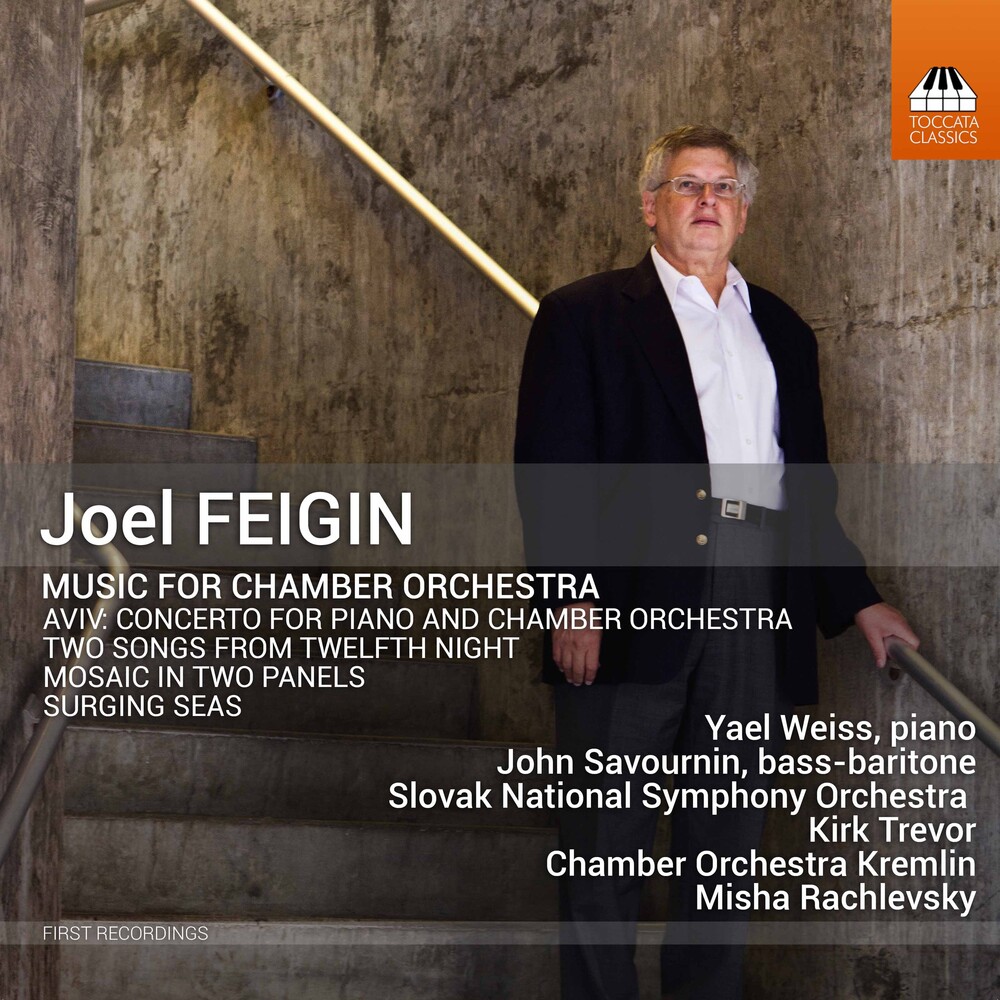 It might seem that modern classical music rarely expresses happiness - but Aviv, a piano concerto by Joel Feigin (born in New York in 1951), suggests the warmth and optimism of the coming of spring. The angular, even anguished, essay for strings Surging Seas, by contrast, was inspired by the devastation wrought by the tsunamis of 2004 and 2011. The Two Songs from Twelfth Night have their origins in the tradition of American orchestral song established by Samuel Barber. And in the diptych Mosaic, also for strings, a first 'panel' of heartfelt lyricism is succeeded by an outburst of buoyant energy.
back to top