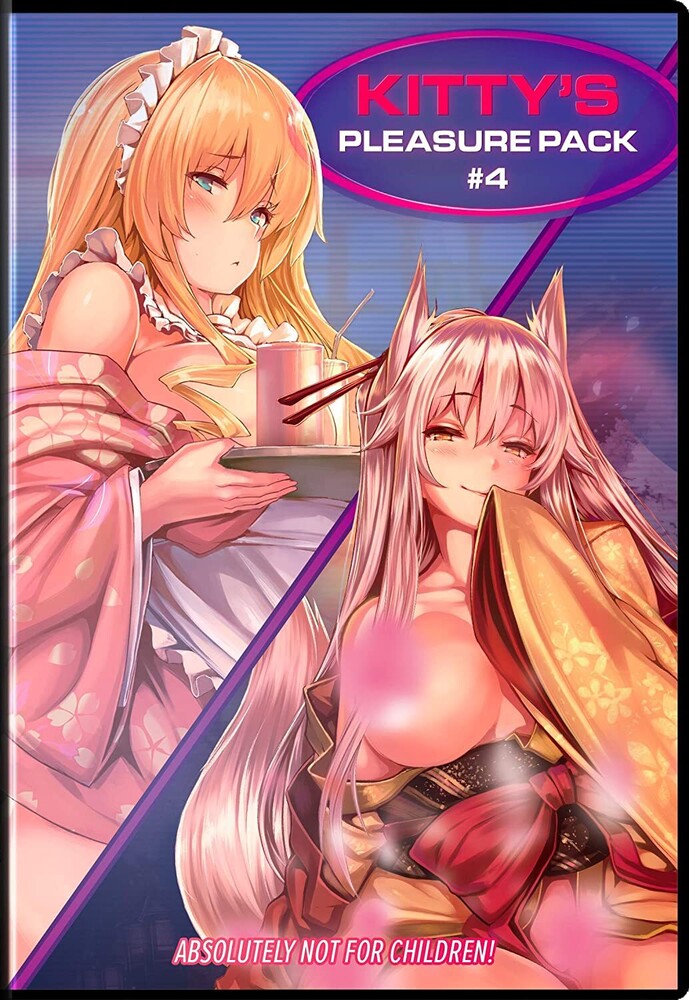 KITTY PLEASURE PACK #4 (2 DVDs)JEWELRY- A married couple, Sou and Sachi, decide to have a baby after feeling pressure from their parents. When their conversation heats up, they move into the bedroom for an explosively explicit romantic climax!MILF PARK- A younger man approaches a woman on a park bench to inquire about the book she is reading. Her reply results in the two of them at her home performing some of the book's most sizzling chapters in bed!DEMONESS OF DREAMS- Kaito is ravaged in his dreams by a sexually aggressive succubus named Lilly. Annoyed, Kaito plots his revenge against the naughty nymph with the aid of his equally sexually demanding teacher!HAREM OF THE HELLSPAWN- Deep inside a demon's lair, two sisters and their best friend are chained and enslaved for diabolical breeding purposes and herded through a labyrinith of erotic perversions. A freaky feast for fans of extreme adult fantasy.LUSTY LADIES OF MAYOHIGA- A student named Isami journeys to a mountain top cafe for a rendezvous with his favorite waitress, the voluptuous Natsuki. When the new waitress Akiha sets her sights on him, the two ladies compete to see who is better skilled to satisfy the customer!FOXY LADY- The foxy Ginko spends her days in the red light district of Yoshibara, pleasing men for money. One day, a traveling peddler catches Ginko's eye. She recognizes him as the man who saved her life many years ago. EROTIC ENCOUNTER OF THE ALIEN KIND- An alien named Hare crash lands on earth and kills a young woman named Amano. He repairs and resurrects Amano's new improved body and enlists her as a guinea pig to assist his earthly mission to study human sexual behavior!RAUNCHY ROLE PLAY- Ojou, a young debutante, has her eye on her devoted butler, Shitsuji, and concocts a clever way to be more intimately served by him. When she appears his room dressed as a maid, things take a twisted turn toward the hyper sensual!For over two decades, Media Blasters has been a leading independent publisher of popular anime and classic cult live-action content for DVD, Blu-ray and new media throughout North America. Follow us on facebook and twitter to keep up-to-date on the latest Media Blasters' announcements and exciting news!