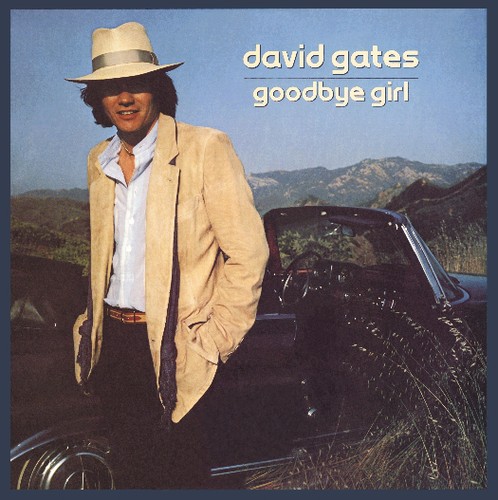 2008 reissue of the 1978 album Goodbye Girl. David Gates released what would be his most successful single "Goodbye Girl" as a solo artist,. 'Goodbye Girl' is from the 1977 film of the same name. It peaked at #15 on the Billboard Hot 100 in 1978. To capitalize on success of the movie and single, the album contains the hit title track from the hit movie and it features material from Gates's first two solo albums mixed with some new material. It yielded another hit single, "Took the Last Train," but the album itself only made it to #165 on the Billboard 200. David Gates is best known as the leader of the group Bread. After Bread dissolved, he issued a number of fine solo albums.
back to top