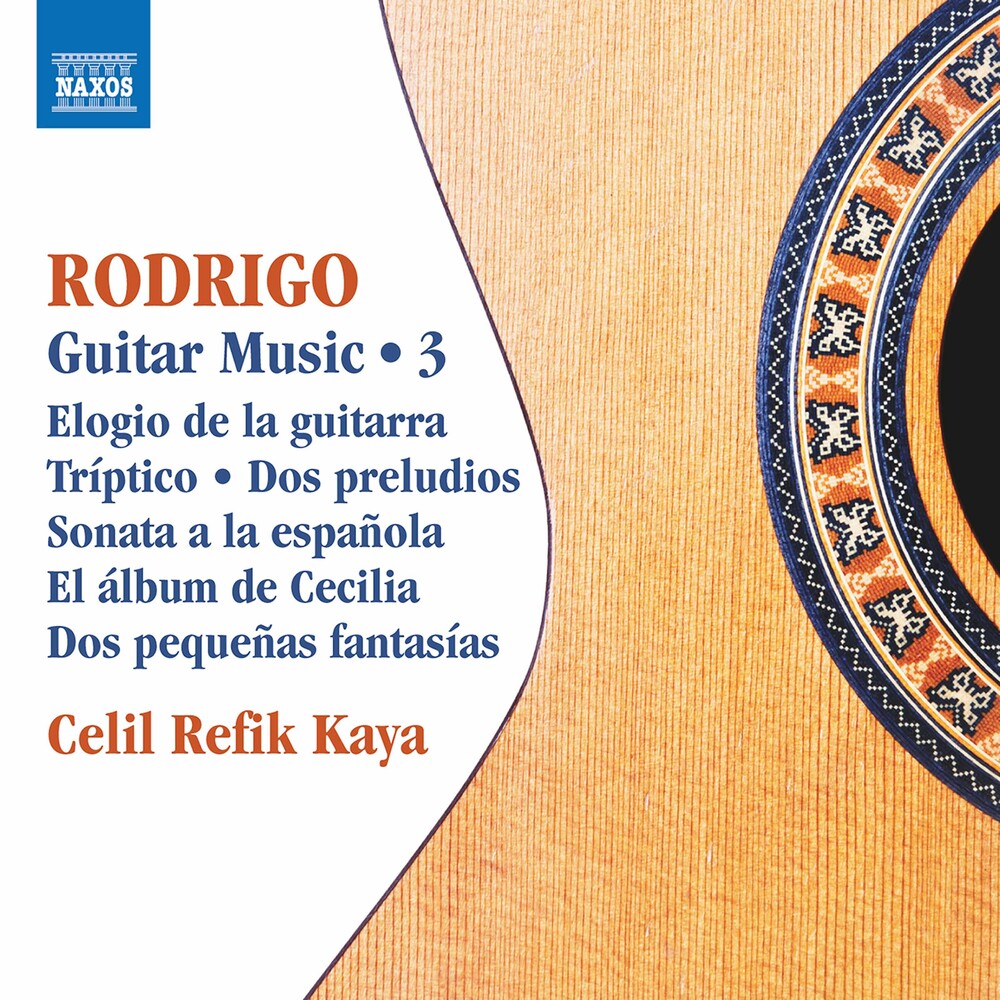 JoaquĂ­n Rodrigo, composer of the renowned Concierto de Aranjuez (Naxos 8.579053), is acknowledged as one of the great Spanish composers of the 20th century. His music extends the Romantic Impressionist tradition of AlbĂ©niz, Granados and Falla, and is inspired by the French style and color Rodrigo experienced during his studies in Paris. From the thrilling and virtuosic Elogio de la guitarra to his swan song in the Dos pequeĂ±as fantasĂ­as, Rodrigo's guitar music explores the Spanish nature of the instrument and blends tradition with innovation. Always filled with variety, contrast and compelling atmosphere, his oeuvre is now appreciated as one of the central pillars of the entire guitar repertoire. Since his concert debut at the age of six, Turkish American guitarist and composer Celil Refik Kaya has received many high accolades. He was the youngest contestant to win First Prize in the 2012 JoAnn Falletta International Guitar Concerto Competition, and is a prizewinner of international guitar competitions across Europe and the US. In 2017 he was named Rising Young Musician of the Year by the Donizetti Classical Music Awards in Istanbul and awarded a prestigious fellowship from Harvard University's Dumbarton Oaks. Kaya's first recording, Jorge Morel's Guitar Music was critically acclaimed by American Record Guide.