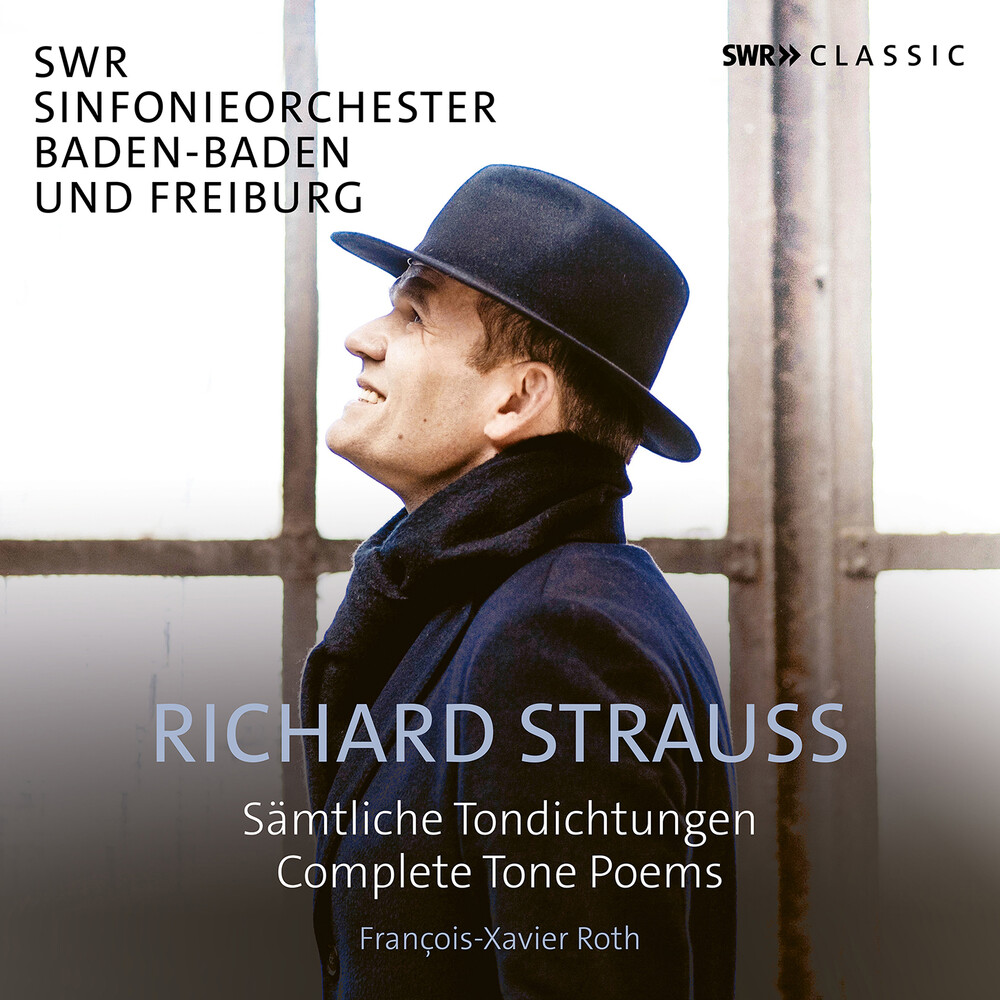 While composers like Schumann and Brahms held fast to the classical concept of the symphony, it was composers of the New German School, such as Wagner and Liszt, who preferred the tone poem as a modern means of expression for orchestral music. It tries to convey non-musical topics, like legends, tales, myths, and sometimes novels, in musical terms: programme music in it's best sense. Strauss' boisterous self-confidence allowed him the conviction that a different 'formula' would enable him to roll out his musical imagination with inimitable style. His success in doing so has ensured the popularity of these works to the present day. The SWR Sinfonieorchester Baden-Baden and Freiburg under the baton of it's former chief conductor Francois-Xavier Roth recorded all ten tone poems, as well as Strauss'musical epitaph Metamorphosen, between 2012 and 2016. These recordings are now re-released as a collector's item in an exquisite 5-album box set.