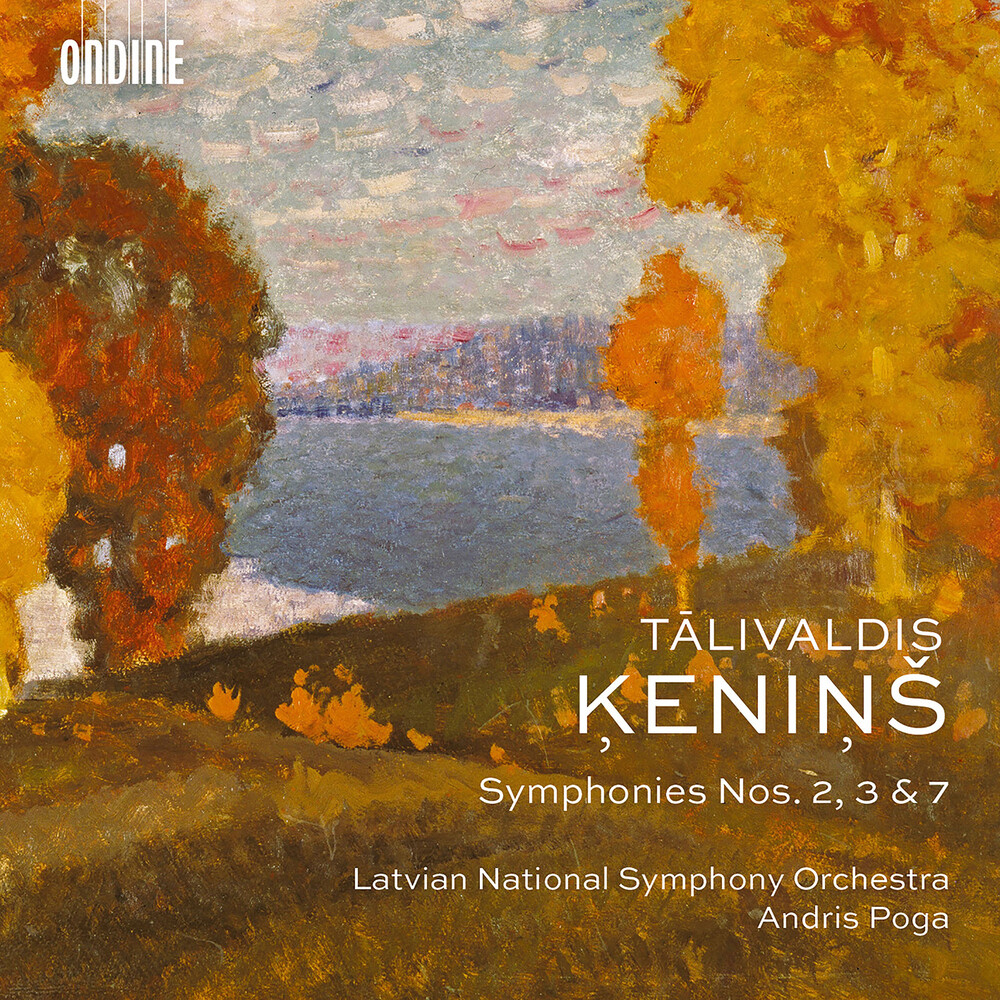 Final volume in the first-ever complete recorded cycle of symphonies by Talivaldis Kenins (1919-2008), one of the most prominent post-WW2 composers in Latvia and Canada. This album includes three of the composer's eight numbered symphonies performed by the Latvian National Symphony Orchestra under Andris Poga. Although born in Latvia, Kenins lived most of his life as an exile. He was educated in Paris, where he studied under Tony Aubin and Olivier Messiaen, and won several awards. Kenins emigrated to Canada in 1951 and became a respected pedagogue and a very influential figure in Canada's music life. Alongside his eight symphonies, the composer also wrote 12 concertos. However, he also included many concertante elements in his symphonies and the Symphony No. 2, "Sinfonia concertante" (1967), scored for three wind instruments and symphony orchestra, is very close to a triple concerto. The symphony's extensive second movement is based on a lullaby of the Mi'kmaq First Nations people. Symphony No. 3 (1970) was completed few years after it's predecessor and is a step forward in the composer's journey as a symphonist. Here we encounter the idea of a lyrical hero, which, in the ears of the listener, could be personified. Although many consider Kenins' 8th Symphony to be his symphonic climax, the 7th Symphony (1980) is by no means a lesser work: it could be even considered as one of the composer's most personal and intimate creations. The symphony ends with an aria based on a text by the composer's father and the atmosphere of the work seems to stem from the composer's emotional trauma on the occupation of his native Latvia by the Soviet troops.
back to top