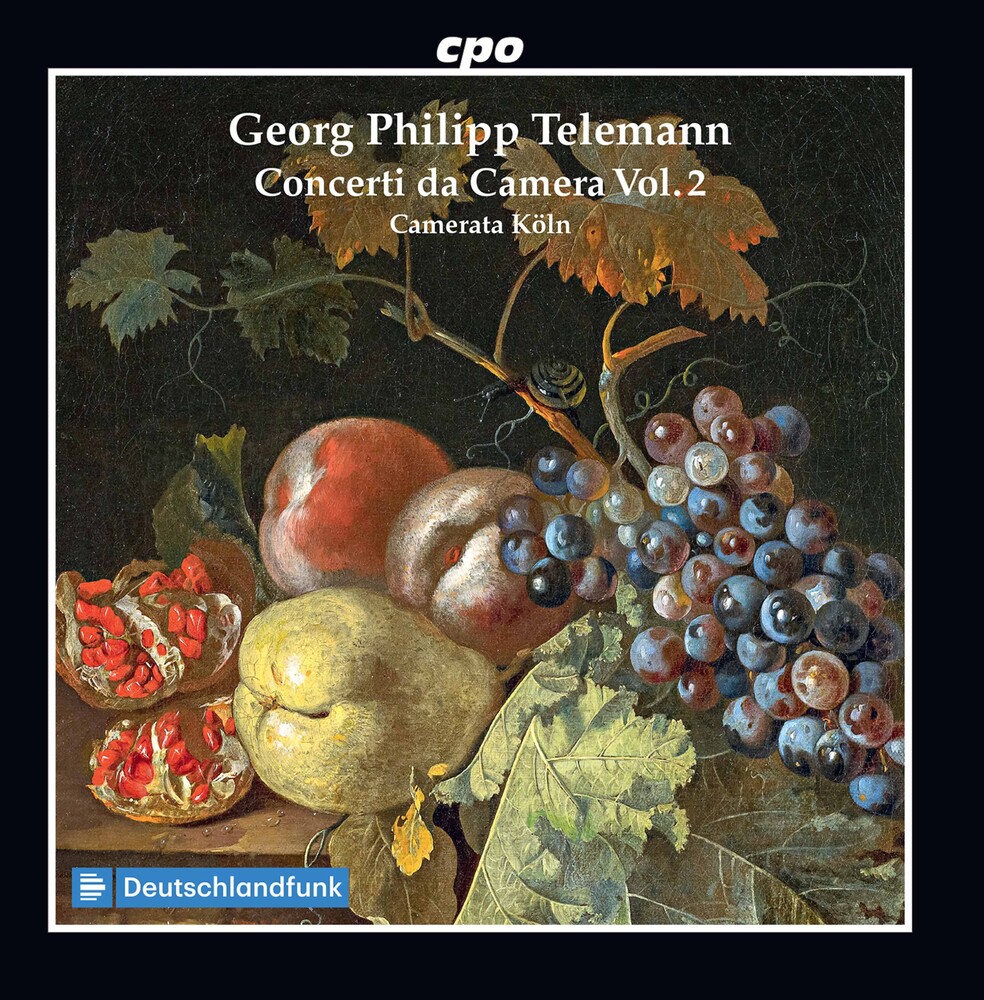 Georg Philipp Telemann's chamber oeuvre has always had a significant place in the repertoire of the Camerata Köln. The ensemble's contributions to this field have included complete recordings of magnificent cyclical work groups such as his Essercizii musici, Trios of 1718, Six Concerts et Suites, Die kleine Kammermusik, and Der getreue Music-Meister. The present release rounds off the complete recording of Telemann's concertos with wind instruments on a total of 16 albums on cpo. The Baroque orchestra La Stagione Frankfurt led by Michael Schneider performed the orchestral compositions, and the Camerata Köln was responsible for the chamber works - and the wind soloists of the two ensembles are identical. The second release of the Concerti da Camera once again contains chamber masterpieces by Telemann featuring a complex texture of parts in a concerto style in which each of the concertizing instruments is allowed to come forward with thematic material as well as with figurations.