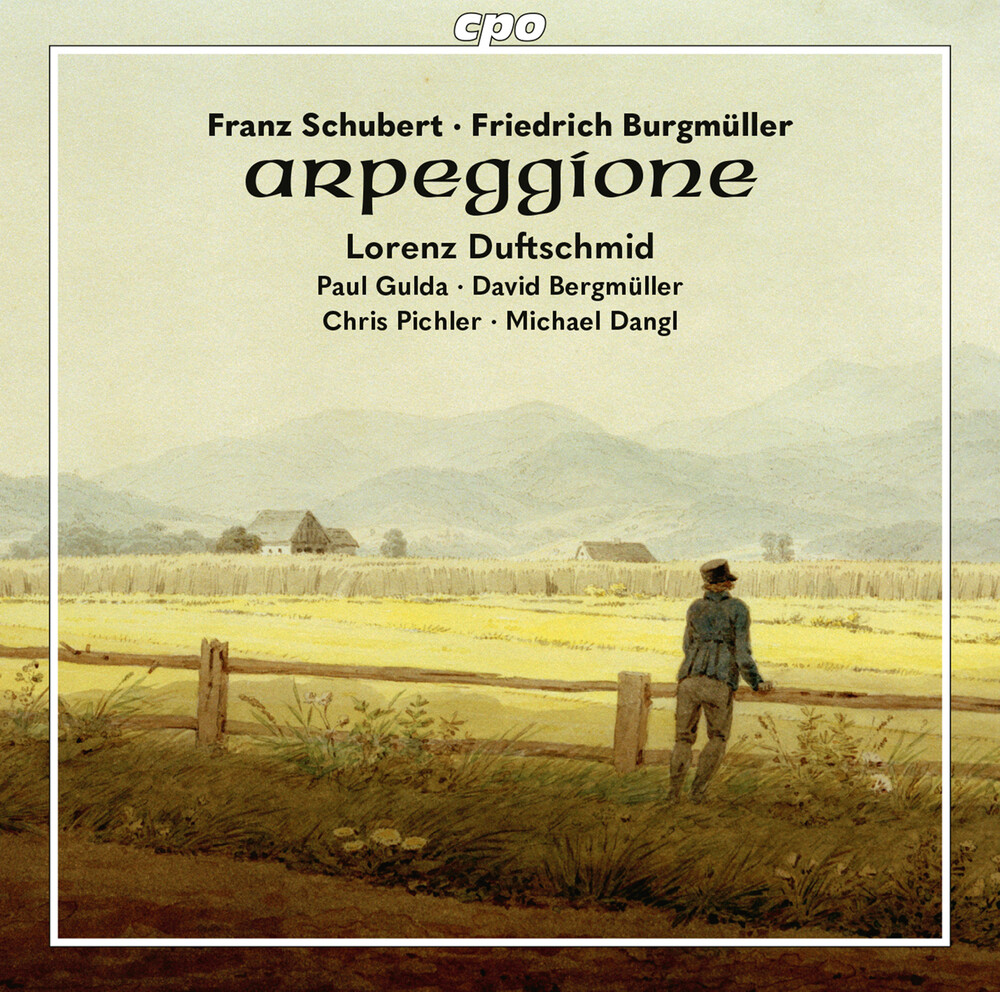 The Guitare d'amour in Romanticism. Franz Schubert's so-called "Arpeggione Sonata" owes it's peculiar name to a long-forgotten string instrument that was usually referred to in Vienna in the 1820s as the "bowed guitar" or "guitar-violoncello". It was an invention of the Viennese instrument maker Georg Stauffer and was quite popular for about a decade. After that, it disappeared into the annals of history. If Schubert had not dedicated his famous sonata to the instrument, the arpeggione would have been long forgotten. But this way, the memory of the instrument was kept alive. To complement the great "Arpeggione Sonata", soloist Lorenz Duftschmid has recorded five Schubert songs in instrumental versions (the poems in question are recited before the instrumental version in each case) as well as three nocturnes by an almost forgotten Romantic from the Rhineland: Friedrich BurgmĂĽller. His "Trois Nocturnes", available in various versions, sound most beautiful and full of emotion on arpeggione and guitar, the two instruments so closely related.
back to top