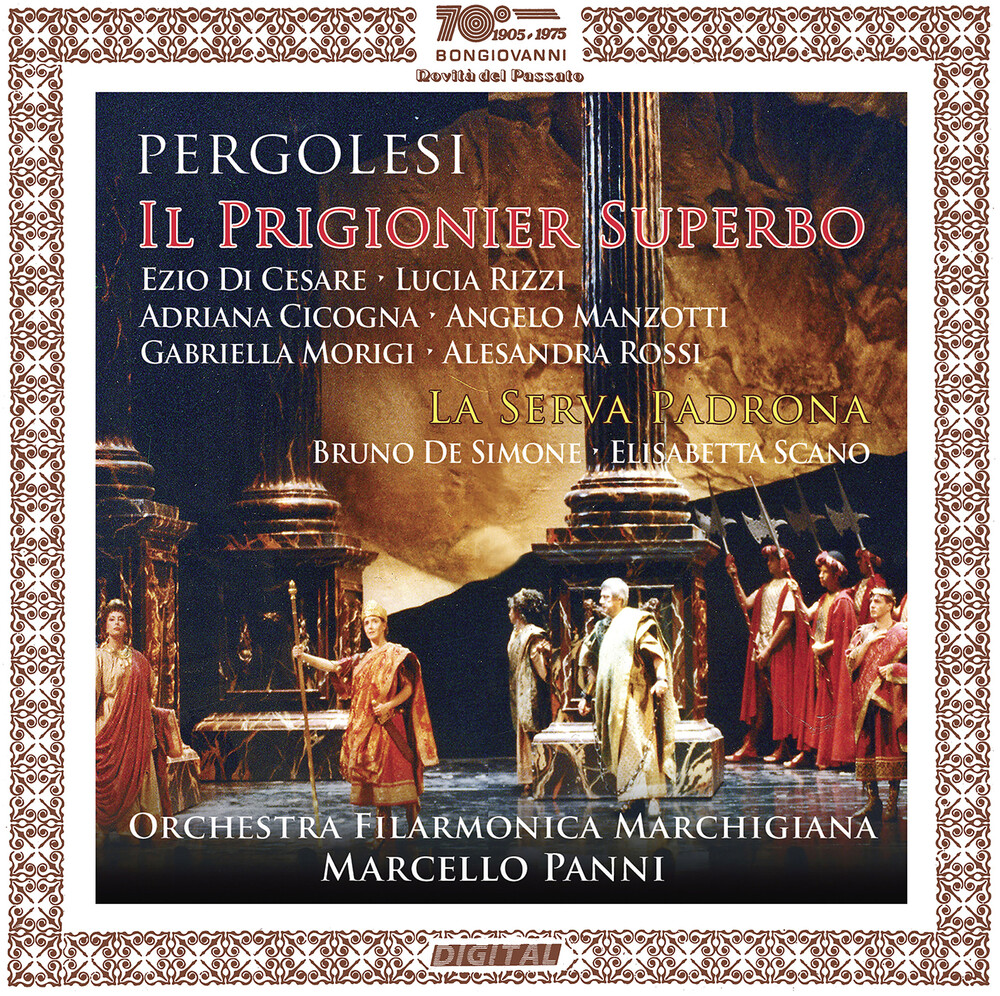 Il Prigionier Superbo was first staged on August 28, 1733. The chronicles report that the intermezzos of La Serva Padrona were so successful they overshadowed Il Prigioniero, in spite of it's obvious merits. Although Pergolesi's historical fortune was mostly due to the "social" merits of his Serva Padrona (and of his other comic works) it is equally true that - like all his contemporaries - he had to measure himself in the musical drama if he was to gain the unqualified approval of the audience. Pergolesi's adhesion to the stylistic standards and the formal customs of his time is total and his respect for the taste of the audience entirely focused on belcanto is never in discussion. This, however, doesn't prevent his opera to find it's vital nourishment within itself, in the characterization of the aria and in the ability to find, through convenient musical constructions, a dramatic truth that could redeem the weakness of a superficial mechanism that was too deep-rooted in the taste and in the time when he lived to be successfully renewed.
back to top