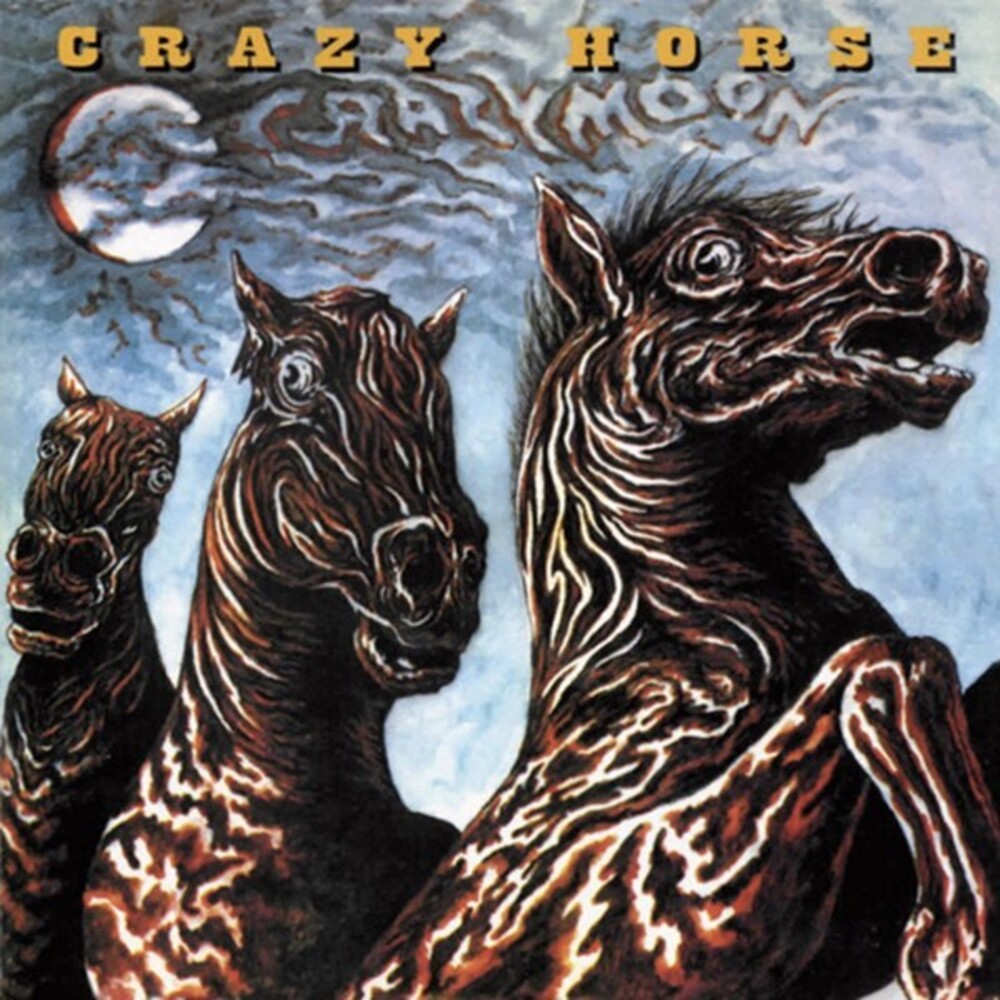 Crazy Horse is an American rock band best known for it's association with Neil Young. Beginning in 1968 and continuing to the present day, the band has been co-credited on a number of Young's albums, with 12 studio albums and numerous live albums being billed as by Neil Young and Crazy Horse. Billy Talbot (bass) and Ralph Molina (drums) have been the only consistent members of the band. On four of the studio albums, Talbot and Molina serve as the rhythm section to entirely different sets of musicians. Except for two notable intervals, Frank "Poncho" Sampedro (rhythm guitar) regularly performed with the group from 1975 until 2014. Most notably, Nils Lofgren (guitar) has been a member of the band at various points in it's career (1970-1971, 1973 and 2018-present).Crazy Moon is brought to you at mid-price. It was first released in 1969 and features Neil Young on vocals, guitars and harmonica backed by Ralph Molina (drums), Billy Talbot (bass guitar), and on lead guitar and vocals, Danny Whitten.
back to top