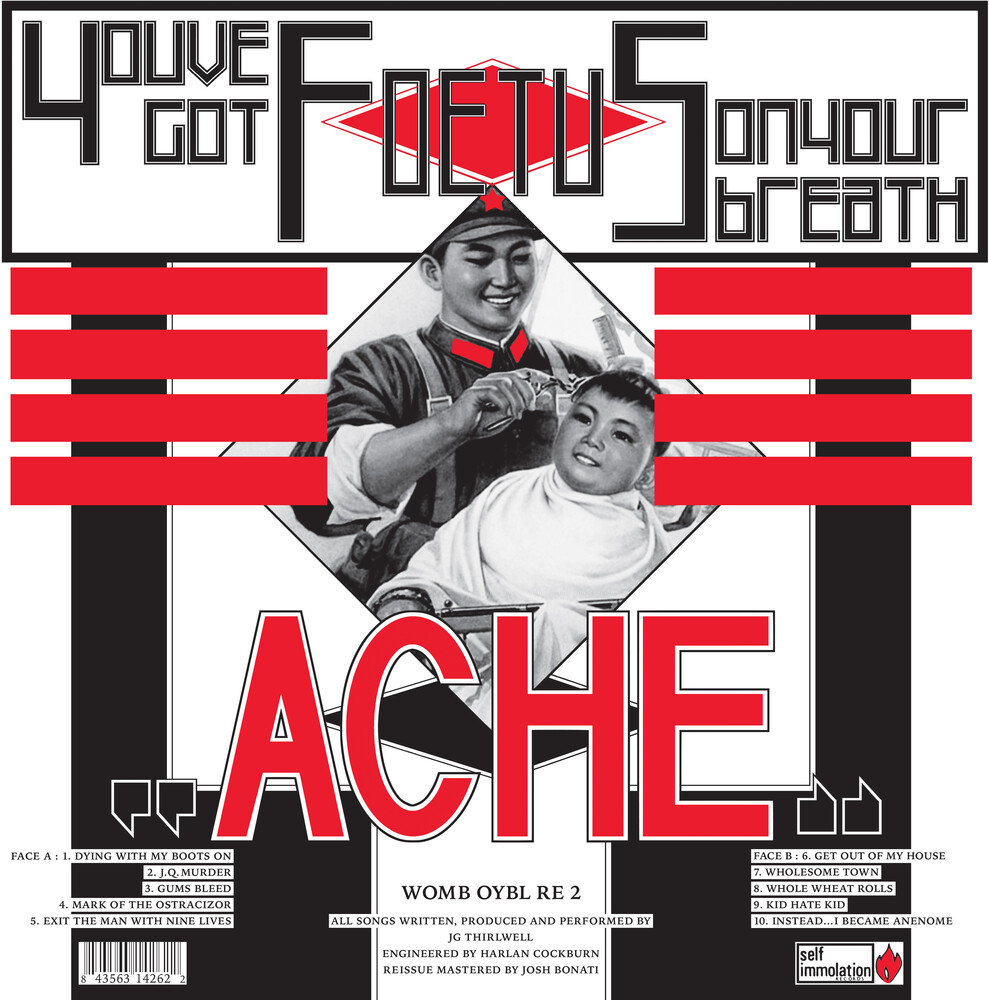 Ectopic Ents is proud to announce the long-awaited vinyl reissue of the second Foetus album, ACHE, to coincide with it's 40th anniversary.Released under the moniker You've Got Foetus On Your Breath, the ACHE album was originally released in 1982 on JG Thirlwell's Self Immolation label, whilst he was resident in London. It was recorded at Lavender Sound Studio in South London and engineered by Harlan Cockburn. On it's release it was acclaimed by the music press, John Peel and even cited by Leonard Cohen on more than one occasion. Over the years the album has become a highly sought-after collectors item.The 2022 reissue was remastered by Josh Bonati and is in a limited run on white vinyl. The album is packaged with a reproduction of the original promo poster from the album, and a download code.
back to top