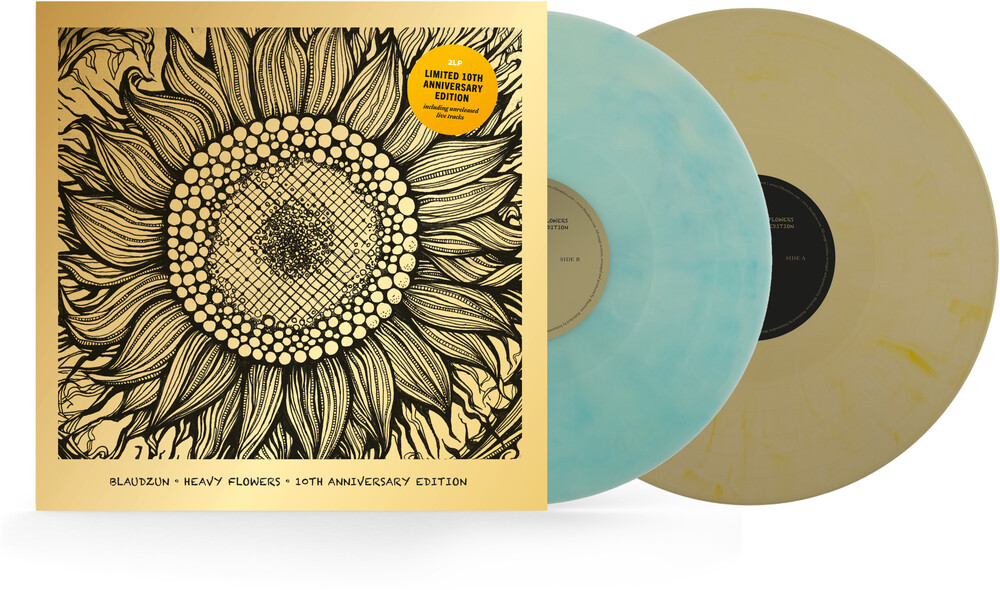 Singer and composer Blaudzun has put his mark on music during the last decade. Since their debut album 'Seadrift', the band has impressed the masses at live shows and festivals such as Sziget, CMJ, SXSW, Pinkpop, Rock Werchter, and Lowlands. 'Heavy Flowers' was released originally in January 2012 and reached the no.4 position in the Dutch charts.* The album is a 10th-anniversary edition of his best-selling album Heavy Flowers* Disc 1 is the original album, remastered for vinyl* Disc 2 is a collection of live recordings of his best-known songs, recorded in various places, and never released before* One disc is gold, the other one turquoise
back to top