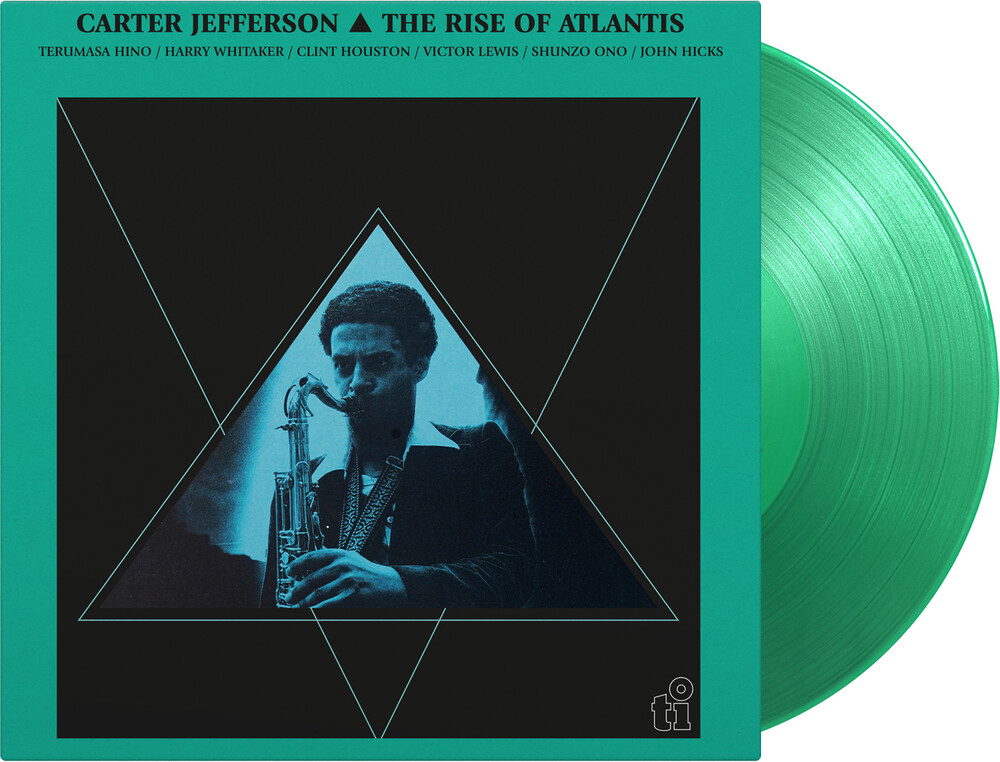 Carter Jefferson was an American jazz tenor saxophonist who first made name for himself as member of Woody Shaw's first working quintet. As a sideman, Carter played amongst many jazz icons, including Art Blakey, Walter Davis, Jr. And Jack Walrath. In 1978, he released his first and only solo studio album, The Rise Of Atlantis, which was produced by Woody Shaw. For the recordings, Jefferson is backed by Terumasa Hino, Harry Whitaker, Clint Houston, Victor Lewis, Steve Thornton, Lani Groves, Shunzo Ono and John Hicks. The Rise Of Atlantis is available as a limited edition of 1000 individually numbered copies on translucent green colored vinyl and includes liner notes by Michael Cuscuna on the back sleeve.
back to top